Advantages of working/ living outside Dublin!

Dublin is the metropolis of our little island, but unfortunately, that also means that it is one of the more expensive places to live in. According to a nifty little website that I stumbled upon, it is currently estimated to cost a single person €878.57 per month and that is without rent. Which, I mean given that the average rent in Dublin is €1,768 that basically means you’re working to have the liberty to live in the capital.

There are plenty of opportunities all around Ireland to kickstart your career and have it flourish and be successful without the Dublin price tag and the hustle and bustle of the city, which for some people can be quite overwhelming. For most people looking to relocate to Ireland the idea of living in Dublin or even Cork is their preference but let's talk about the advantages of living outside of these cities.

As mentioned above, the cost of rent in Dublin is astronomically high, and even include the basic cost of living, e.g going to the cinema, buying your shopping or even meeting a friend for a beer, can further push up the cost of living in Dublin. So let’s take a look at the cost of rent in eg. Wexford where the average rent is €778, that’s nearly €1000 less than living in Dublin. That’s €1000 that you could spend on a holiday, save up for your own home or even for that designer handbag you’ve drooled over through the window of Brown Thomas every time you’ve walked past.

Overall a lower cost of living

Overall, a night out in Dublin is going to hurt your pocket the next day even if you’ve kept it to a minimum. Let’s say you’ve arranged to have dinner and a few quiet drinks with your friends in a moderately priced restaurant in the City Centre, you would be looking at roughly €18+ for a main course and €12+ for a spirit and mixer. To provide an example, one night in the City Centre I met a friend after work and our total bill came to €35 and that was for only 3 drinks and a shared plate of chips, you could make dinner at home with a bottle of wine for that price, but that takes away from the hype of heading out for the night even if it is cheaper.

In counties outside the capital, heading on a night out is considerably cheaper. Taking Dublin’s neighbour, Wicklow for example, the average cost of a meal in a moderately priced restaurant is roughly €14.75 and a beer working out at roughly €4.50. So if you are heading out with €35 in your pocket, that’s 1 main course, 4 beers and going home with €2.25 in your pocket for your piggy bank.

Easy transport to airports
A huge factor for people who come to work in Ireland from abroad is the necessity of easy access to the airport so they can return home. However, most counties offer a direct to airport bus service, ie Wexford Bus operates the 740 which goes from Wexford Town to the airport and operates every hour. It also offers an online booking service so you can guarantee a seat on the bus which is a bonus! Counties such as Wicklow, Kilkenny, Cork, Galway and even Donegal offer bus services to the airport!

Less crime
Given that Dublin is the capital it is almost a certainty that the crime rate would be higher than in any of the other counties in Ireland, it is estimated that it has a well above average number of offences committed per capita, with it having the highest offences in robberies, theft, drug and fraud offences. In particular, North Dublin Inner City had the highest crime rate in the State last year just for a bit of perspective.

According to the same article, counties such as Laois, Offaly, Cavan, Monaghan, Galway, and Mayo all fall under the national average for crimes committed in Ireland.

There is a certain quaintness about the city living, such as the trendy coffee shops that are tucked away up the side streets, the various events that more or less pop up every weekend, the joy of live music from the buskers on Grafton Street, the list goes on. But even though living in a place that seems to provide endless excitement and adventure, it can have a pretty negative impact on your mental (and physical!) health. For instance, annoyances such as the overcrowded public transport (which for anyone who has been on a bus or a luas at peak commute times will tell you is a sardine in a can type of set up), noise pollution and even one of the points mentioned before, the cost of doing anything in the city centre is very costly. As minor as these seem they can really add up and take their toll.

A Dutch study from 2017 discovered that there is a correlation between serious mental illness and living in an urban area in comparison to those who live in a rural area. For example, urban dwellers are 21% more likely to have anxiety, and 39% more likely to have mood disorders, compared to their rural counterparts. This is caused by the constant stimulation of city living which can propel the body into a constant state of fight or flight which unfortunately makes us more susceptible to mental health concerns.

Not only does our mental health suffer from city living, our physical health may also feel it, such as the exposure to too much air pollution and sounds of the city may prove to be hazardous to our cardiovascular health and noise pollution may interfere with our sleep cycles which causes cortisol, the ever so aptly named “stress hormone” to spike.

So in conclusion, as much as urban living can be exciting, it can also have some pretty awful side effects. There are steps you can take that can make living in the city a bit more tolerable but why have to compromise on a full nights’ sleep because the group of college students who live around the corner is on the way home (and making you far too aware of it) at 4 am on a Thursday night?

Why not take the leap and move to take an opportunity in another county? Rural living isn’t as cut off from urban living as it has been before and given all the positives, a happier bank account and a solid 8 hours are pretty enticing reasons if you ask me, to make the leap of faith to the next job opportunity?

Why not get in touch with the recruitment team at Clarity and see what we have available for you, it could be the one of the best decisions you have ever made! 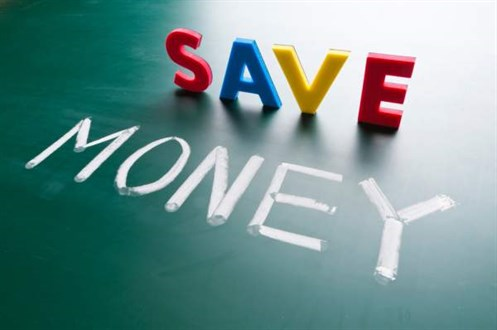