Registering to work as a Nurse in Ireland (or overseas) takes time, effort and money. From getting your diploma or degree recognised for the country you wish to work in, having to complete an English exam to having to secure a lawyer or solicitor to validate documents.

A good recruitment agency will support and assist you every step of the way.

Personally I speak to a wide variety of Registered General Nurses regularly, which is where this light hearted article took form. I am going to share some true stories that I have been lucky enough to hear from some fantastic Nurses that I get to chat with on a daily basis. Here's some of my favourite examples:

Will my leaving certificate for the English Exam suffice?

-An Irish nurse who moved to London to study and work as a nurse over 7 years ago.

After studying for years in London and continuing to develop her career she has made the decision to start looking for a new role back in Ireland. She applied to register with the NMBI and started to look at some different roles available in Dublin, which is where we started to chat.

“Right at the very last stage after months of supplying them with documentation....they asked me for proof that I both studied and practised in English. I wasn’t entirely sure what language they thought an Irish born nurse who studied in the UK would speak other than English!”

Along the same lines I also talked to a British born citizen, who studied in Ireland and has decided to register with the NMC in order to work cross border in the North of Ireland. The process has been a very long one, getting her degree recognised, long waits, no answers to email and little feedback on application.

When out of the blue she receives an email to tell her she needs to sit an English exam to work in Northern Ireland. Numerous phone calls which have led to no answers! The issue is still ongoing.

What year did you join the EU?

Another issue which has appeared on more than one occasion; an EU citizen living and working in Ireland, who trained as a nurse in her own country, applies for registration to be able to work as a Nurse in Ireland.

After three to four months of sending documents and proving their English language skills, taking tests and working full time, they get registered with the outcome of a ‘decision letter’. Which ultimately means they need to work for 6 to 12 weeks in an organisation that will support them (which is limited) at a lower rate of pay to be ‘signed off’ that they are fit to work as a Registered General Nurse.

The frustration comes from the fact that if their home Country were in the EU at the time they qualified he/she would have gotten full registration rather than a decision letter. So if you studied in Croatia, for example, in 2010 you would receive a decision letter but if you studied in 2014 you would receive full registration.

Disheartening to say the least, but the real issue arises when you try to support a jobseeker and find them a company willing to take on the ‘restrictions’ the decision letter brings.

Not as easy to emigrate

Let's look at the NMC - after the google search it indicates that the registration process takes 2-10 days. But after speaking to two recently graduated Irish Nurses, who like many others decided to emigrate after attaining their degree. After packing up and moving to London in September they are still not registered to work as a RGN and are only working as an Auxiliary Nurse. That’s almost three months.

One such paediatric nurse told me the cost for her to get her registration recognised in England has been over €1,300. From initial sign ups, processing and sending documents to attending OSCE exams in Belfast not only once but twice due to an error in administration.

If you search ‘how long does it take to register with the NMBI’ the initial result states 90 days, unfortunately what they don’t tell you is the ‘extra’ delays. The time and effort it takes to even get your documents together, sometimes translated and certified as correct by a solicitor. The email you receive to say that a document isn’t right or you need to send more information… The frustration lies with the fact that you have submitted everything, paid a fee and STILL have to wait 90 days for an outcome.

Surely in a Country; that has a huge lack of nurses, 100’s of open job roles, an ageing population who require care and 1000’s of facilities screaming for help and support, the length of the process should be shortened and improved?

Deciding to relocate with your nursing degree is a big undertaking, making the decision to emigrate whether to or from Ireland. My advice to a job seeker is to look for some support. Every Country will have a recruitment agency that can guide and help you through every step of the process. Whether it is just investigating your options or the final steps of sorting the last few bits when you get the new role.

Clarity offers support to all Nurses who would like to work as a Nurse in Ireland, from dedicated EU recruiter to a team in Ireland ready to assist! Whether it is just a question or a rant about the registration process!

Get in touch today 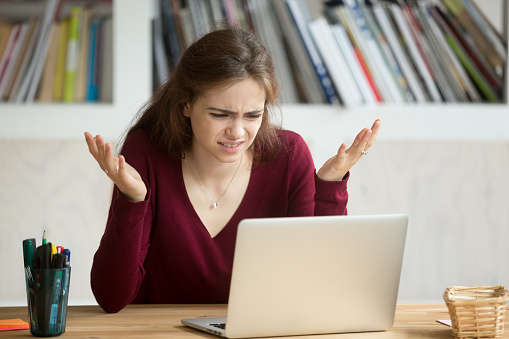