Shortage of Doctors in Europe

Several European countries are currently struggling with a shortage of doctors, including Ireland and the United Kingdom.

This phenomenon is due to a number of factors, such as the ageing of the population, which requires more care, retirement of medical personnel, immigration to other countries, lack of specialised doctors in some areas, previous educational policies, excessive working hours and low wages in some European countries and other reasons.

For more than a decade, hospital administrators have been warning EU governments that by 2025 there will be a shortage of healthcare professionals.

Countries like Portugal, Spain, Romania, Greece, Italy, Hungary and others have lost thousands of health professionals due to low salaries and poor working conditions.

In the UK, the situation is dramatic as there is currently a shortage of nearly 100,000 NHS healthcare staff, mostly doctors, nurses and health assistants. Brexit uncertainty aggravated the situation.

In France there are already 10% fewer GPs than ten years ago, and in Ireland the shortage of GPs and nurses also remains a problem.

This trend will continue in the coming years and healthcare recruitment agencies will play a key role in finding the best healthcare professionals.

At Clarity we aim to fit the right candidate in the right role and make the recruitment process as easy as possible for both the employer and candidate. We have placed hundreds of high quality healthcare professionals all over Ireland and the UK. 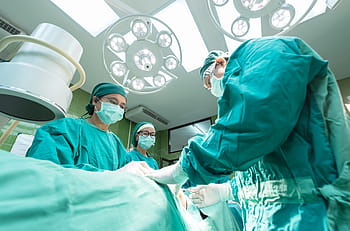